May 19 Posted by Aeterna Noctis in Uncategorized 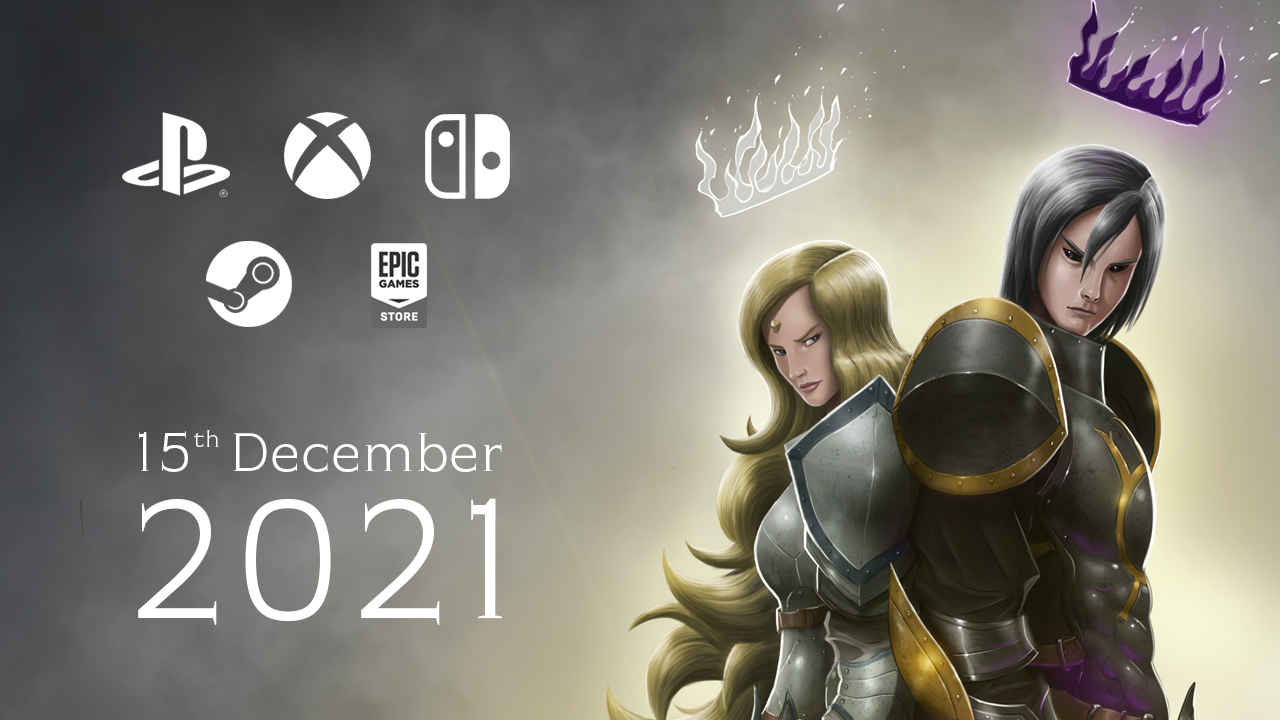 Aeterna Noctis has become a highly anticipated Metroidvania. We are glad to announce two big news: Aeterna Noctis has just opened its page on the Epic Game Store, and there's a new teaser which confirms the release date of our game: 15th December.

In addition to a release date, the video has also provided new details about the 2D adventure of the King of Darkness and his eternal war. Besides, this time the new gameplay trailer has been shared by PlayStation on their main Youtube Channel.

Our next title can be described as a “pure Metroidvania experience”. The images we've selected for this new teaser speak for themselves, the player must put their skills to the test to unlock all the secrets and alternative routes. Challenging platforms and frenetic combat are presented as the pillars that sustain the game core of Aeterna Noctis. In the video, you appreciate the number of options available to overcome each confrontation and the successive puzzles, from very dynamic skills such as a teleportation mechanic to others to which we are more used such as the double jump and the dash.

More than 100 different enemies populate the 16 large and different areas of Aeterna Noctis, a roster of fantasy creatures, monsters and warriors that will put our reflexes to the test in levels that offer many opportunities when facing each fight.

We will face more than 20 legendary bosses that promise a true challenge. In this trailer, the King of Darkness appears facing some of these bosses using a huge arsenal of combat and movement skills, making clear the fluidity of the game in each of its gameplay mechanics. But this is nothing compared with what awaits you! We promised that the content shown on this teaser is just a small sample of what the player can expect.

In a Metroidvania, there is also room for a deep story full of details. Some NPCs featured in this new teaser, the player must interact with them to progress in their adventure and unlock secondary missions, in which special care has been taken when deepening into the lore and contributing to the main story thread. Aeterna Noctis assures us that an epic story awaits us in which we must help the King of Darkness to regain the power of Aeterna.

Step by step we are approaching the final goal. Now we have confirmed the official release date, but there's a lot of great news to come in the next weeks. Thank you so much for your support!